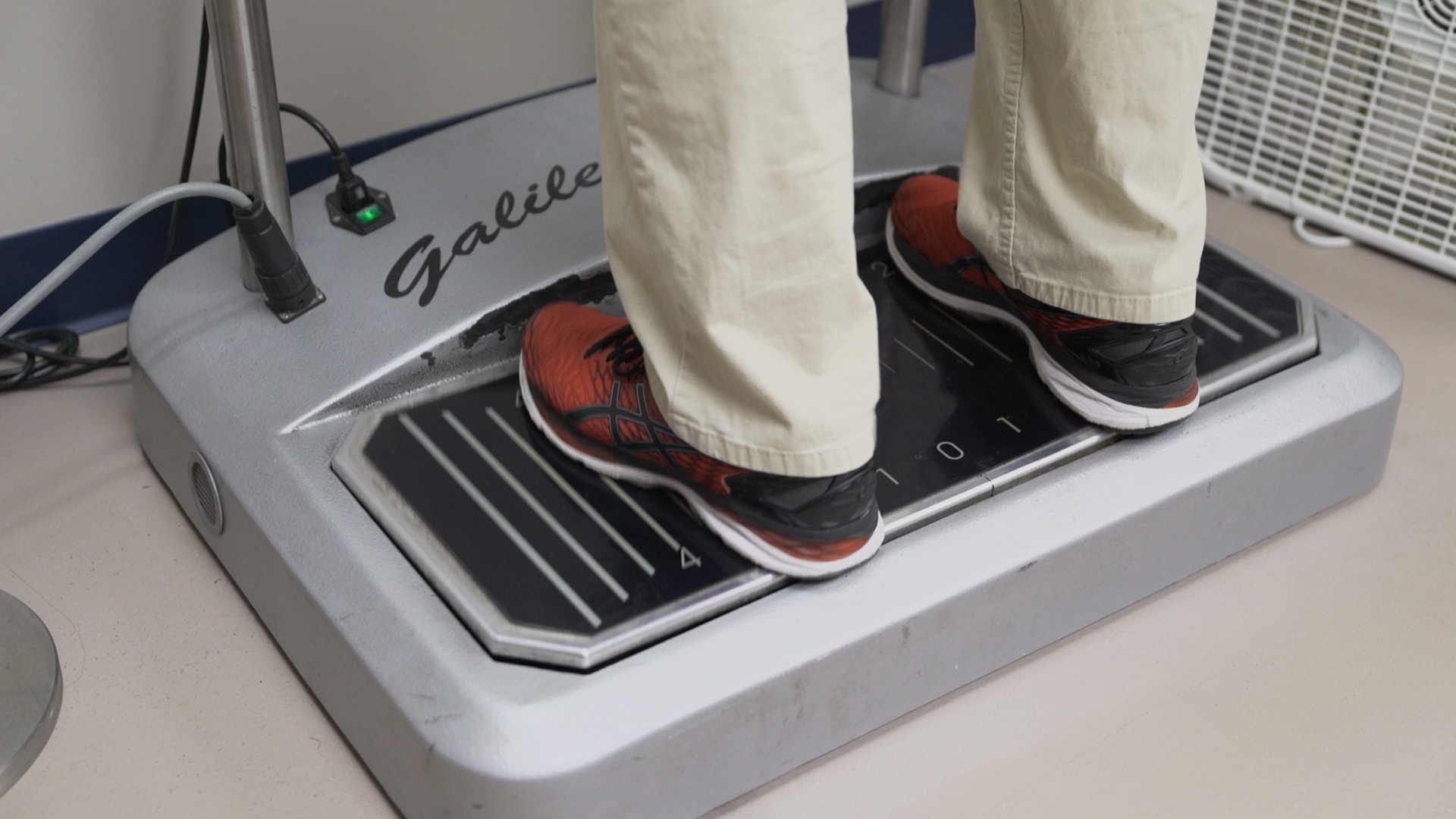 Inside each of our bodies are a variety of electromagnetic fields that help our joints to function properly. When we are healthy, these fields emit a very small yet detectable frequency. When we are injured, however, these fields are disrupted. Whole body vibration, or WBV, helps to bring the body back into alignment using small, rapid movements that stimulate muscles to contract and engage, restoring a healthy electromagnetic field to areas that need it most.

How does it work?

Know the time commitment this procedure requires before you book an appointment.

What to expect in terms of pain both during and after treatment.

Understand ahead of time how much this procedure costs.

What are the benefits?

Who is it for?

Ways we set ourselves apart from the other treatment options out there.

Discover if you’re a candidate for therapy by reading about the conditions it can treat.

What Is Whole Body Vibration?

Our bodies emit healthy fields when they are working correctly, and unhealthy fields when they are diseased or have an injury. The normal fields emitted by a health knee joint is approximately 30 Hz. The symbol after this number, “Hz”, is called a hertz, named after the person who first discovered electromagnetic fields named Rudolf Hertz. It stands for cycles of the electromagnetic field per second. These fields can be generated by your joint through normal weight bearing and walking; however, if your joint has arthritis or even a minor injury, the normal healthy fields are disrupted. The theory of whole body vibration is the restoration or recreation of these healthy fields though cycles per second, or hertz.

One of the first physicians to use vibration therapy to treat disease was Jean-Martin Charcot (1825- 1893) who was one of the most famous neurologist in modern medicine. He observed and carefully documented over 5,000 patients housed at the Salpetiere Hospital in Paris, France according to the characteristics of their disease.

Upon carefully listening to Parkinson’s patients who reported relief of their tremors and pains after taking a train ride to his hospital, he developed a chair which mimicked the train ride and noticed some symptom improvement. John H. Kellogg (1852-1943) of Corn Flakes fame patented a similar chair vibrating at 20 Hz, and proposed this helped with circulation and muscle growth.

Russian elite athletes and cosmonauts were later trained on vibrating pulley systems developed by Dr. Vladimir Nazarov to increase core strength and prevent bone loss during long space flights. World class athletes using vibration therapy lead to the development of the Nazarov Institute, and it’s training principles were quickly adapted by other world class athletes such as Lance Armstrong and entertainers such as Madonna.

The basic principles of vibration therapy lead to a patent by a German company on pivotal whole body vibration through a device called the Galileo™. This was the first device to receive FDA approval for increasing bone density as well as reducing urinary incontinence.

Today, we have two major camps of theory for the use of whole body vibration pivotal and linear. The first, call the pivotal method, uses a teeter-totter type of design to rapidly move the feet up and down over a central pivotal point to create a cycle of movement, as well as a gravitational force through the very small, but rapid change in height of the platform. The second method, the linear method, also produces a rapid change in height by moving up and down a few millimeters - but does this as a flat surface. The problem with the linear movement is that it does not reproduce the oscillating motion of normal gait, and some of the reciprocal movements causing muscle contracture and relaxation are lost.

Today, we use whole body vibration to treat common orthopedic conditions such as arthritis, osteoporosis, loss of balance, and for faster recovery after surgery. However, we also use this interesting therapy to help stem cells proliferate after cell based treatments.

How Does Whole Body Vibration Work?

During WBV treatment, patients are asked to stand on a device and hold onto a bar while the device vibrates at specific speeds or frequencies.  A therapist may ask you to perform specific exercises while experiencing these vibrations in order to direct the forces to specific muscles or areas of your body. Altogether, the entire process takes about 10 - 15 minutes.

As WBV progresses, the very rapid vibrations in the up and down motion of the device produce special involuntary contractions of the muscles which can exceed 1,500 times per minute.  These high rates of contracture are not normally experienced by any other known exercise. The result of this treatment is a rapid metabolism of the muscles, and as little as ten minutes of this exercise can equal over one hour of active exercise.

Not only are the skeletal muscles exercised during WBV, but also the ligaments, tendons, lymphatic system, bones, and smooth muscles. The result is a total body exercise which is not possible with conventional exercise equipment.

If you would like to learn more about how WBV, as well as the basic scientific literature supporting the use of WBV, you can click here to learn more.

Know the time commitment this procedure requires before you book an appointment.
Normally, prospective patients will be evaluated by a board certified orthopedic surgeon to determine if whole body vibration would be effective for their specific condition and circumstance. There are normally six to nine treatment sessions given over a three to six week period, one to three times a week. Each session lasts approximately 20 minutes. Sometimes, WBV is combined with other therapies such as the MLS Laser or traditional physical therapy.
4

What to expect in terms of pain both during and after treatment.

The majority of patients receiving whole body vibration therapy report no pain, and most even report the relief of pain. However, sometimes patients may experience muscle soreness, headaches, or dizziness as the result of treatment. Simple adjustments in the settings of the WBV device or a change in the patient’s posture while standing on the device can quickly resolve these symptoms.

How Much Does Whole Body Vibration Cost?

Understand ahead of time how much this procedure costs.

Whole body vibration (WBV) is an FDA approved treatment. Even so, it is not covered by any insurance carrier. The team at Cellular Healing is very sensitive and concerned about our patient’s out of pocket costs, and its for this reason that we offer programs starting at $700 for nine treatments.

If the WBV is combined with traditional physical therapy supervised by a physical therapist, traditional insurance programs may cover portions of WBV therapy. Most health sharing plans are affiliated with a religious organization and you must choose this rather than Affordable Care Act (ACA) sanctioned plan. Also, if you have a health spending account, the expenses associated with this procedure may be offset by these accounts.

What Are The Benefits Of Whole Body Vibration?

The very rapid muscle contraction and frequency of the mechanical vibrations can help the human body in multiple ways. Below are a number of peer reviewed and published scientific articles examining the benefits of whole body vibration.

In addition to these physical findings, cellular changes such as the following may occur:

Who Can Benefit From Whole Body Vibrations?

Ways we set ourselves apart from the other treatment options out there.

With a glance at the previously mentioned peer reviewed and published articles, one could reasonably conclude whole body vibration may prove helpful for the following conditions and types of patients:

All of the above are only potential candidates, and each specific condition or combination of conditions has not been evaluated by peer reviewed scientific studies. However, the staff at Cellular Therapy has utilized this therapy successfully for over 15 years, using the Galileo Whole Body Vibration Unit on thousands of patient visits with consistently positive and reliable results.
8

Why Use Cellular Healing for Whole Body Vibration?

Discover if you’re a candidate for therapy by reading about the conditions it can treat.
Cellular Healing was the first orthopedic practice in the Midwest to use the Galileo 2000 device - the only patented pivotal whole body device to receive FDA clearance. In addition, we have the most experienced therapists in the area weighing in on the proper use of this device.  Over the past decade, thousands of patients have been treated with this therapy and have come to understand the most effective settings and exercises to provide an optimal outcome. Our team can also integrate WBV therapy with other traditional therapies including exercise, heat, and ultrasound.  Lastly, all our therapists are supervised by a board certified orthopedic surgeon, allowing patients to feel confident that they will receive the highest standard of therapy available anywhere. 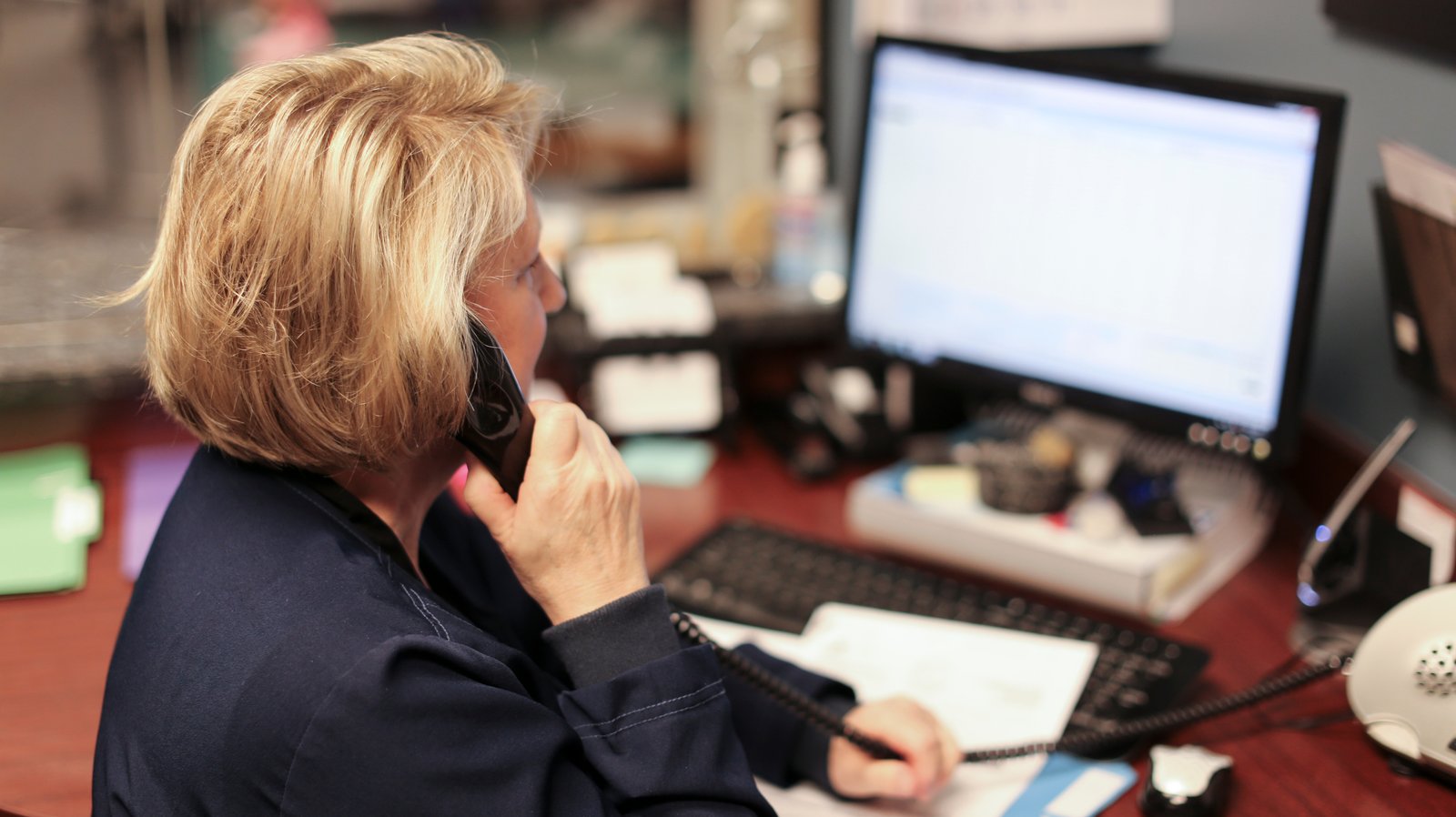 Start working with Cellular Healing to get your questions answered
and move towards a rejuvenated you.